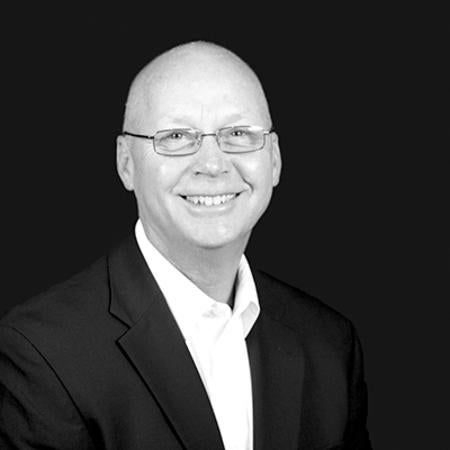 Joel's leadership at tk1sc is in the management and creative direction of the firm. His attention to clients and their experience with the firm supports our success in building long-term relationships, and in the retention of our team. 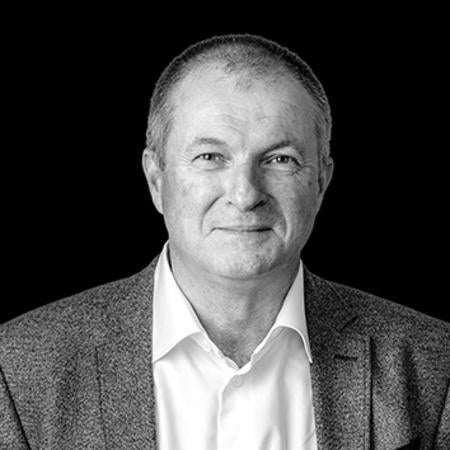 Roger has 30 years of experience in consulting engineering including over 10 years of practicing experience in the consulting engineering field in Australia and England. This unique background has resulted in creative and resourceful solutions on many of our significant projects. In over 20 years with the firm, Roger has been involved in major healthcare, civic, technology and build-to-suit projects with a focus on providing reliable design solutions and effective client support throughout all phases of a project. 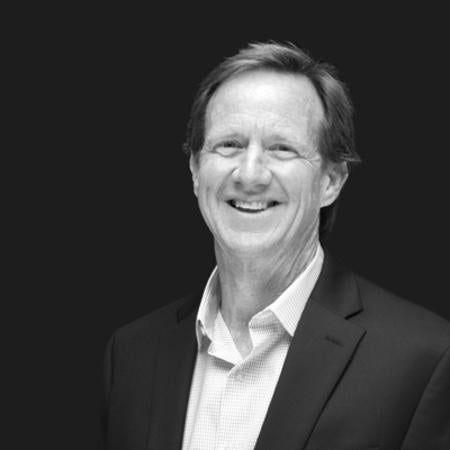 Joe’s responsibilities include being involved in all aspects of design operations and production activities for the firm’s complete range of mechanical engineering/design services.  Joe serves as the Principal-in-Charge, as well as Mechanical Engineer of Record for all projects with which he is involved.  Additionally, Joe is managing partner of our San Diego office.

Joe’s experience includes a wide range projects that include: healthcare, biotech/life sciences, pharmaceutical manufacturing, hospitality, education, residential and commercial office projects. He has a passion for creating and leading high performing teams and recognizes the importance of integrated project delivery and sustainable design. 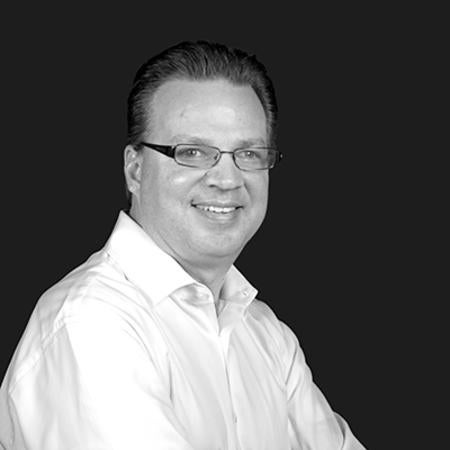 Ray's responsibilities include being involved in all aspects of design operations and production activities for the firm's complete range of electrical engineering/design services. He services as the Principal-in-Charge over many projects, as well as Electrical Engineer of Record for all projects with which he is involved.

Bachelor of Science in Physics - University of California, Riverside, CA 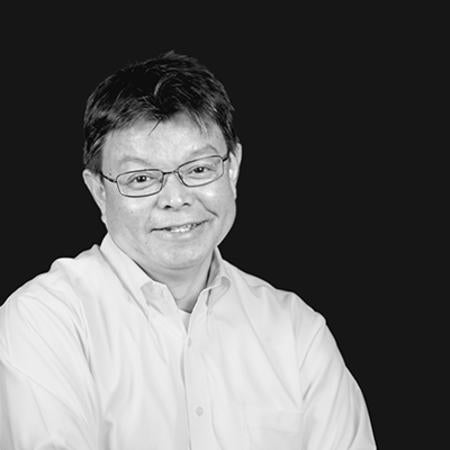 Having started his career with the firm nearly 25 years ago as a graduate engineer, Tjwan has the unique perspective of understanding all of the critical details involved in the successful integration of HVAC systems into any number of project types. Tjwan's involvement in major civic, educational, commercial, build-to-suit and tenant improvement projects has demanded an attention to detail and client needs that is part of his approach to every project. A solid understanding of all building systems and their impacts on a well-coordinated project brings invaluable expertise to all aspects of the design and construction process.

Throughout his career ,Tjwan has provided steady guidance to our staff and contributed significantly to the processes that define the quality of the documents we produce. 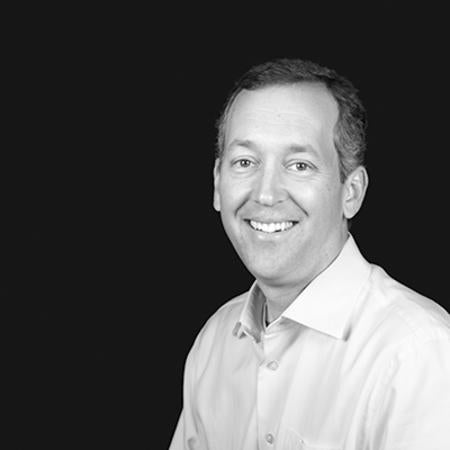 Ron leads our low voltage / telecommunications / data / AV services, overseeing the team and working with our clients from the initial planning stages to the final construction support services of a large number of projects. 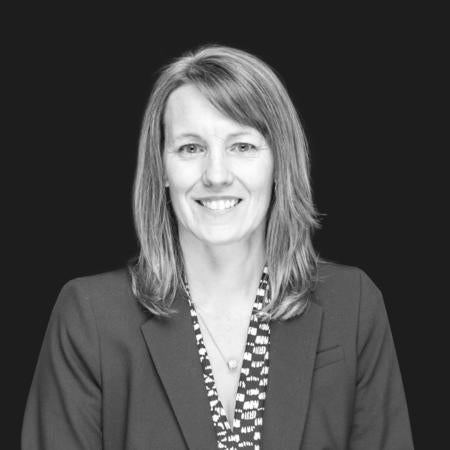 Louise is a high-energy, hands-on collaborative leader with more than 21 years of accomplishments in the industry.  She is the managing director of our Los Angeles office, and a principal with the firm. 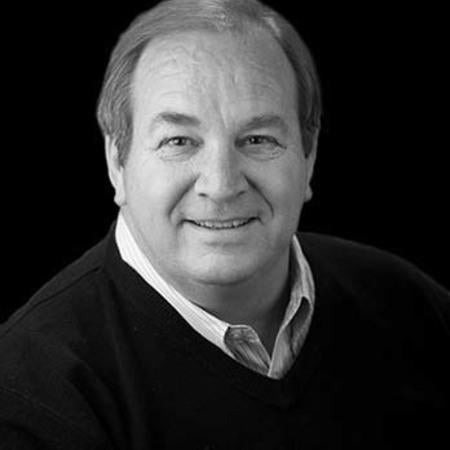 Bay Area industry leader and award-winning mechanical engineer, Bill is a seasoned manager with proven success in the delivery of complex projects requiring well-executed coordination and intense communication with clients. He has over 30 years of experience in the planning, engineering, and design and construction of MEP systems for a broad range of market sectors. Bill’s experience includes significant work in the fields of energy and infrastructure, science and technology, higher education, healthcare, electronics, and biotechnology. He has led several complex engineering as prime, and managed multidisciplinary design teams from concept planning and programming through engineering design and completion of construction. 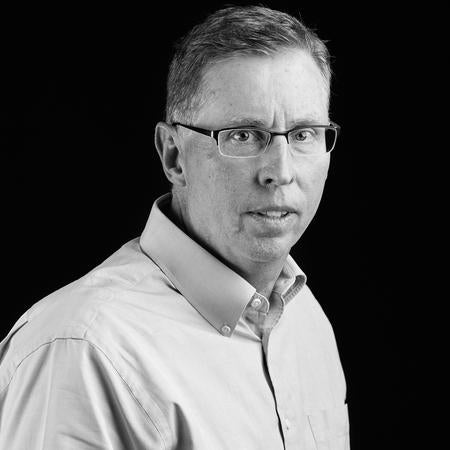 Larry brings over 25 years of experience in various leadership roles including responsibilities for sales and marketing and leading a product production division as a General Manager. He has a strong business development background working for such companies as Jacobs Engineering, where he was the global sales leader for their data center design practice, General Electric Digital Energy, Rockwell International and EYP Mission Critical, a preeminent data center MEP design engineering firm. His experience includes working with Fortune 1000 customers, and other clients, across a wide variety of market verticals providing integrated service and product solutions. 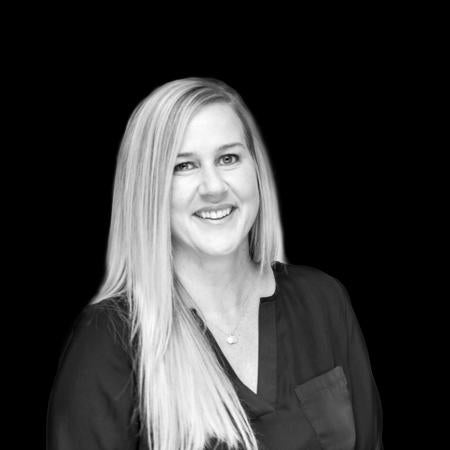 As a Principal specializing in electrical and low voltage design, Becky is responsible for the day-to-day management of projects from the initial planning stages to the final construction support services. As a project leader, she directs engineering teams throughout all phases of a project from concept through construction.

With over 20 years of experience, Becky's knowledge and abilities make her a valuable leader in the success of our firm. 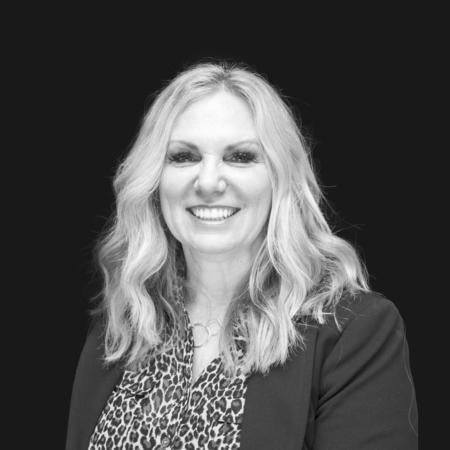 Denise is a corporate leader with over 25 years’ experience in professional services. She leads our Business Services Department overseeing finance and accounting, contracts and administration. She finds creative and innovative solutions to improve organizational processes, foster team productivity and enhance our clients experience. Denise has expertise in implementing Deltek Vision accounting software and has developed our accounting and job cost systems, payroll, financial analysis and custom reporting. Her skills in team building, mentoring and leadership contributes to our firms ongoing success. 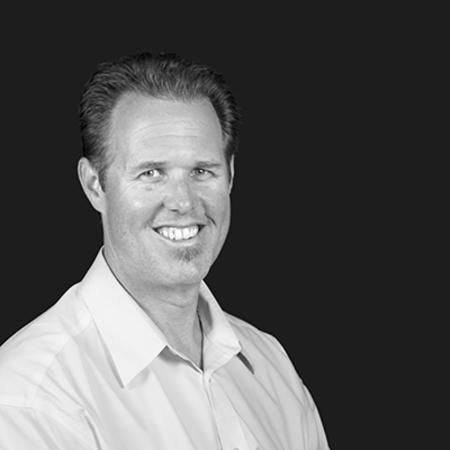 Charles leads our Commissioning group who provide third-party services on all projects types. He works with clients to help them achieve LEED certification from Silver to Platinum. He is skilled in leading teams in fundamental and enhanced commissioning, as well as continuous commissioning. 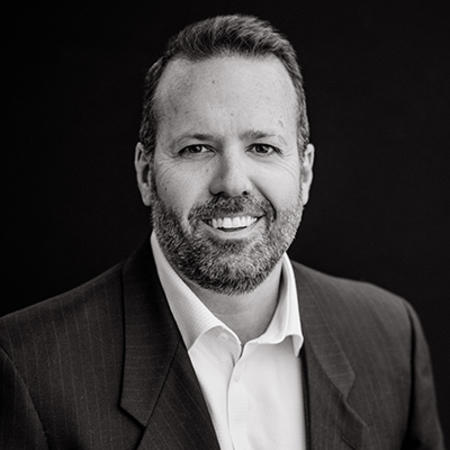 Dan leads our Seattle-based office and structural engineering department. He is a thought-leader in the delivery of integrated design, emphasizing that sustainable design is an imperative, not an option. In his 25+ years of experience, and nearly 20 years serving the Puget Sound, Dan has worked with notable clients like Boeing and Google, as well as numerous K-12 school districts, colleges and community colleges, large retail centers, healthcare systems, and government facilities.

Over the past five years, Dan has led the design and installation of large photovoltaic systems for Google’s Santa Clara campus, the Miami Heat Stadium, the San Francisco 49er’s new Santa Clara, CA stadium, and at the MGM Mandalay Bay in Las Vegas, NV. 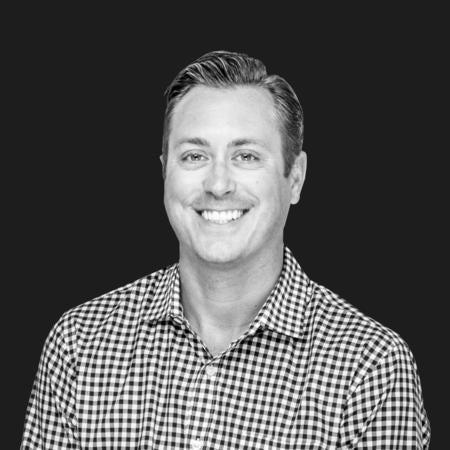 Steve is involved in all engineering decisions and is responsible for the day-to-day management of projects from the initial planning stages to the final construction support services. He leads some of this firm's largest and most notable projects that include work with the City of Hope and the Irvine Company. His leadership in building successful relationships with the owners and architects we work with sets teams up for success. From his commitment to team collaboration, managing projects, and mentoring the next generation of engineers, Steve is a great part of our success. 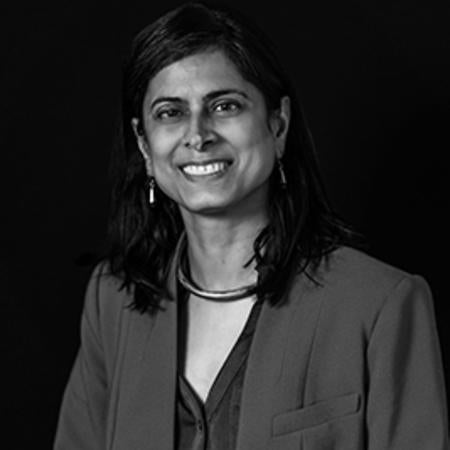 Amarpreet Sethi, CEM, LEED AP ,Well AP, is a principal and the High Performance and Sustainability leader. Based in the firm’s Seattle office, Amarpreet brings a passion to provide valuable contributions to our clients’ sustainability goals.

Amarpreet’s background in architecture and engineering allow her to provide expert leadership in the field of high performance buildings. Her deep knowledge of climate responsive design, building envelope, daylighting, and HVAC systems enable her to assist integrated design teams to deliver true high-performance buildings in all our market sectors.

Driven by a passion to provide valuable contributions to clients’ sustainability goals through Building Optimization services, Amarpreet has been performing energy modeling and building performance analytics for 18 years. Her work has impacted clients like Google and Boeing who strive to enhance user experience and environment stewardship by cutting operational costs and improving work space through the implementation of high performance systems. 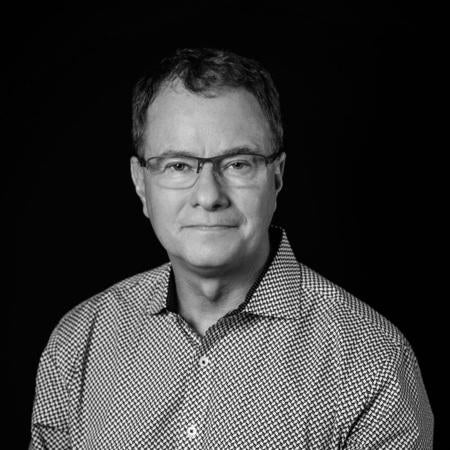 Steve Reidy is a dynamic engineer with over 30 years of industry experience. A multi-skilled leader, Steve is accustomed to managing all aspects of the mechanical, plumbing, fire protection, electrical, technology, building performance and lighting design services. Proficient in all aspects of mechanical, plumbing and fire protection design Steve’s responsibilities include being involved in the day-to-day management of projects from the initial planning stages to the final construction support services.

Steve’s involvement in a wide range of projects, including K12, higher education, aviation, transportation, civic, hospitality, healthcare, technology and industrial has resulted in a strong understanding of all aspects of mechanical, electrical, plumbing, fire protection, electrical, technology systems design. His keen ability to weave sustainable design elements into all of these project types has resulted in innovative design solutions for his clients. 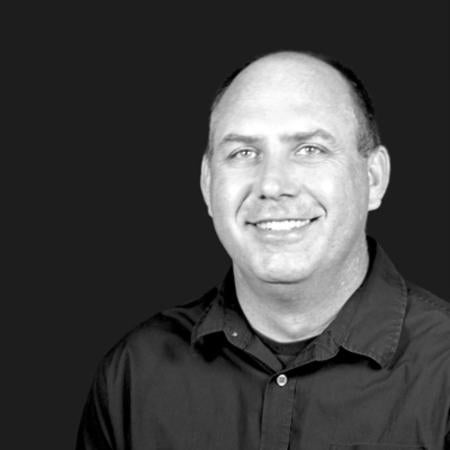 As a Principal, Bill Voller provides project management services for a wide variety of engineering projects and is involved in all engineering decisions. Bill is also responsible for the day-to-day management of projects from the initial planning stages to the final construction support services.

Proficient in all aspects of electrical design, Bill is involved in all phases of construction document preparation including schematic and design development services, energy compliance documentation, project budgeting and construction field support.

Bachelor of Science in Electrical Engineering - University of California at Riverside, CA 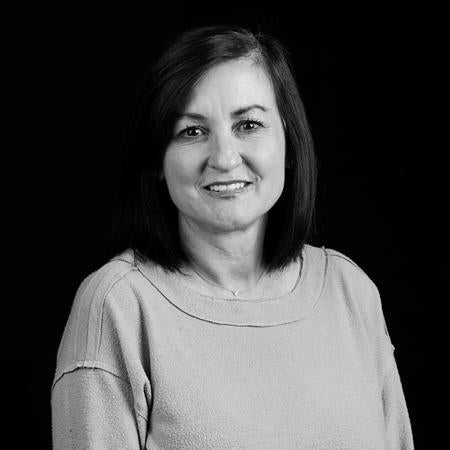 Patti is a strategic human resources executive with more than 20 years of progressive leadership experience and an extensive background in operations, labor and employee relations, employee engagement, talent acquisition, compliance, process improvement and change management in both manufacturing and healthcare environments. Patti brings a strong sense of judgment, critical thinking skills and the ability to apply equality and integrity to the decision-making process. She is skilled in LEAN Manufacturing practices and implementation to include 6S, visual management, daily accountability, strategic planning and leader standard work. 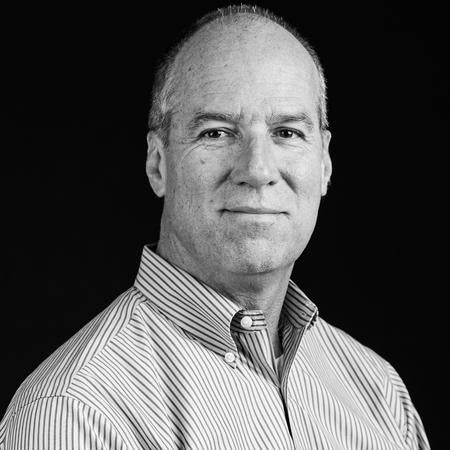 Bachelor of Science, Fire Protection Engineering - The University of Maryland 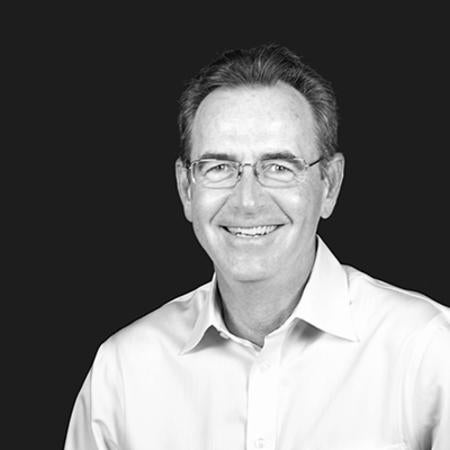 Russ leads of our Plumbing Department and with more than 30 years of experience in plumbing and fire protection system design, he has been involved with some of the most significant projects in our firm's history. Russ brings a strong ability to understand project requirements, respond to client needs and communicate with industry professionals contributing to overall project success. He has worked on build-to-suit, commercial, hospitality, educational and civic projects with an emphasis of bringing value throughout all phases of project development and construction.

During his tenure Russ has become a steady guiding influence for our Plumbing Department, which is reflected in the quality of our work. 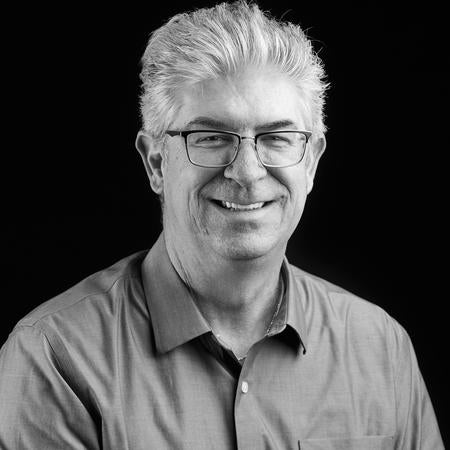 Andy has over 30 years of mechanical engineering and design experience in a wide variety of markets and building types. He is a highly motivated and thorough engineer always looking for the best solutions for his clients. As a team-builder, he strives to communicate openly with all project team members, keeping them actively engaged and productive in their respective roles.

Andy always brings a strong focus on energy efficient designs and sustainable solutions, in order to provide building owners and operators a facility that will save energy over the entire life span of the project. With project types from sports arenas, to data centers, to correctional facilities, Andy’s career spans a wide breadth of project types and HVAC system solutions. 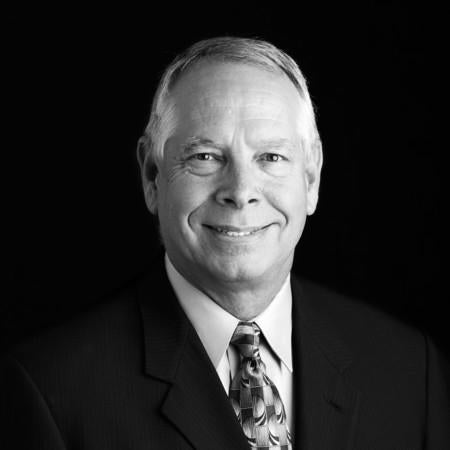 Ken McClendon has over 40 years of experience in the mechanical design consulting industry. His responsibilities include being involved in all aspects of design operations and production activities for the firm’s complete range of mechanical / plumbing engineering/design services. Ken acts as the Senior Director, as well as the project’s Mechanical Leader for all projects with which he is involved. 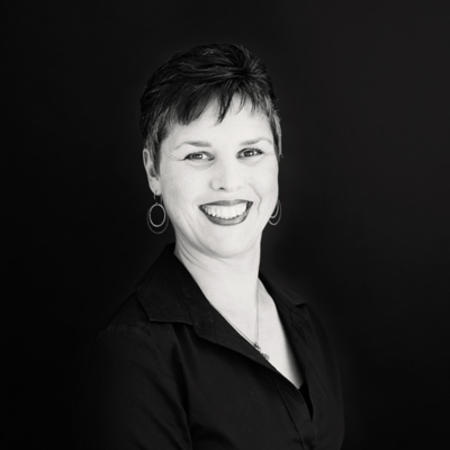 As a specialist in architectural lighting design, Eileen’s passion for lighting the built environment is evident in her work. For the corporate headquarters of the energy drink Monster Energy as well as our own office in Irvine, Eileen’s vision earned her awards from the Illuminating Engineering Society of America, IESNA. She was integral in the $100 million re-imagining of the open-air lifestyle center, Fashion Island in Newport Beach, where her lighting inspirations evoke a welcoming, high-end shopping experience. With a background in theatre lighting as master electrician and stage lighting designer, Eileen keeps what’s important in the light. More of her work can be found on the StudioK1 website, the lighting studios of tk1sc. 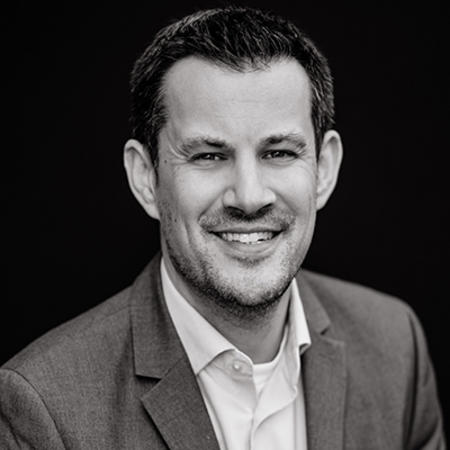 As a Senior Director of structural engineering, Jason is responsible for leading structural staff and project teams, identifying goals and making decisions with key project stakeholders, and working with our clients throughout a project to ensure that structural systems and detailing are consistent with the project's goals.

Jason is an articulate and professional leader who is passionate about seismic resiliency, sustainability, and architectural design, which is reflected in his resume of successful educational, civic, workplace, residential, and large-scale solar projects.

Bachelor of Science, Civil and Environmental Engineering - University of Washington